In some of the seemingly serene cities of Mexico, everyone carries on with their daily routine like clockwork. An outsider could walk down the streets and never spot an anomaly. Everything looks just like any other city in this world. Except that isn’t the case. Behind the closed doors of several Mexican homes and buildings remain hundreds and thousands of broken bodies and minds, with their own heart wrenching stories waiting to be told. They fight a battle every day against a disease and some win while many are consumed by the depths of a burning hell that is this disease. With needles sticking out of these people who dodge death everyday, one can barely see light in a devastatingly grim scene like this. Not a pretty picture is it? Yes, you guessed it right. I am talking about the very unsettling social issue of drug addiction and abuse which is prevalent in the Mexican society. And Mexico is just a small example of the presence of drugs. The world has thousands of similar places which are sucking the life and light out of its victims like black holes.

Medically described as a chronic brain disease forcing the addict to resort to drug consumption time and again despite being aware of the ill effects, drug addiction is a much bigger evil in the society than most of us realize. And once a person gets trapped in its web, they are shunned by the others and every sense of normalcy in their lives is squashed. Yes, many choose this path due to lack of awareness and the temptation to experience the ecstasy but they fail to realize the deadly consequences. The reasons for choosing this path may be countless, but the effect is the same. A diminishing society, with its people losing their lives and purpose tragically. 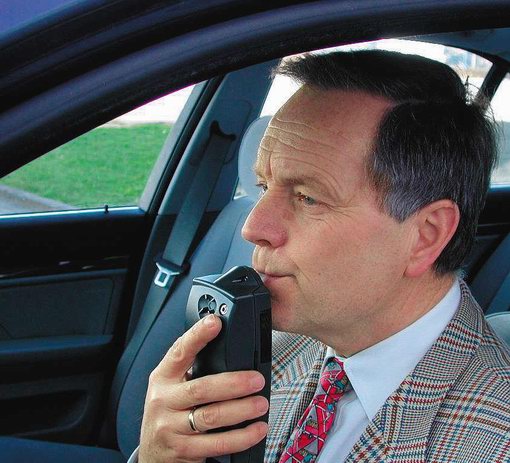 So what are drugs? As taboo as it sounds, this word in itself doesn’t necessarily spell trouble. Any substance which isn’t food, which when ingested orally, injected, inhaled, smoked, absorbed on the skin or dissolved under the tongue is called a drug. This includes substances like caffeine, depressants, aspirin and so on. They are psychoactive drugs which act on the central nervous system and alter the mood and behavior of a person. For example, caffeine is actively consumed by billions of people to help them gain more alertness and concentration. Pharmaceutical drugs are also used for medical reasons, to suppress pain, induce unconsciousness, etc. And the other end of the spectrum involves the illegal ones that are the root of our problem at hand. Marijuana, cocaine, heroin, methamphetamine, hashish, opium etc. are the commonly used ones; some more lethal than the rest.Each one has its own way of being administered into the body and they have a variety of commercial as well as street names. These induce impaired learning, panic attacks, respiratory infections and violent behaviour to name a few. Also, apart from the health risks involved in their consumption, they also pose a variety of threats related to the method of administration. Extensive snorting of cocaine can lead to nasal damage whereas using the same needle over and over again for injecting a drug is synonymous to inviting HIV. The list is endless but this is not the worst part.

Drug addictions lead to the birth of a demand for illegal drugs and where there is a demand, there is potential for earning money by creating a supply. Same goes for the demand for illegal drugs, except that the dynamics of business works differently here. One could think of a positive by saying that the money involved is beyond imagination but is that really a positive? Due to the amount of money involved, drug lords establish their territories and any trespassing by an outside dealer is punished severely. Also, the use of arms is the only answer to any dispute. Since getting caught by the law means jail or even a death sentence, a lot of care is taken to distribute the actual work to much lower levels, thus helping the masterminds remain hidden from law, secure with their arms and staggering wealth. Many get allured by the money they could make and simultaneously begin using and before you know it, they are trapped for life. Either the arms kill them or the drugs itself.

As one ponders over this issue, it becomes clear that a clear-cut solution is the need of the hour. And while the gravity of the situation is indeed critical, there is still a ray of hope. And that is what we call drug addiction rehabilitation. Drug addiction treatment is carried out rigorously in these centres and while not everyone is lucky enough, some do walk away clean, to lead their lives afresh. These centres use different treatment plans for different cases but the basic structure remains the same and it involves detoxification, rehabilitation and recovery. While these three steps seem easy enough, it is far from the actual truth. Adopting the sober lifestyle after suffering from addiction is not just a rocky path filled with obstacles waiting to pull you down, it also involves suffering from health repercussions. And the hard work and commitment doesn’t end when one walks out of rehab. It is a lifelong process and many fall short and end up in rehab multiple times.

If you believe that these recovering addicts cannot suppress the temptation, then that is a gross misjudgment. When a body is accustomed to a drug, the sudden absence of it can have severe withdrawal symptoms. These can be as mild as agitation or sweating but the more critical ones are seizures, hallucinations, extreme depression, strokes, nausea, heart attacks and so on. The treatment chosen must be equipped to handle these symptoms and help the victim by using medications to ease these symptoms. Detox plans involve administration of methadone, buprenorphine, barbiturates, and benzodiazepines. Methadone helps ease off the addiction to the drug but many continue to keep using it to replace their former addiction, which is never advisable.

Buprenorphine is used to treat heroin and opium addictions and unlike methadone, it doesn’t give a feeling of a high. Benzodiazepines reduce the chances of seizures and other withdrawal symptoms and also works towards lowering anxiety and depression. Any detox process needs a tool to induce a feeling of comfort and ease in the patient and this is a task achieved by using barbiturates.

Once detox has been accomplished, the next stage is rehabilitation which involves psychological help and therapy. The strength to overcome such addictions comes from within and most patients are already on the brink of losing all purpose in life. It is upto the rehab centre to provide them with the mental strength to carry on without going back to square one. Therapy generally involves retrospection about why and how the patient began using drugs, the various hobbies and interests that can be tapped in the future, time management skills and learning about the triggers that could cause a relapse. The idea is to keep the patient’s mind occupied with productive activities, hence reducing the chances of his/her mind wandering off towards thoughts about relapsing. Positivity and hope are the key, even in the most extreme cases. The patient is likely to have no hope to see the light and it is the aim of every treatment program to reignite the spark that existed in them before the usage of drugs. Family therapy can help immensely because there is no medicine better than the support of a loved one during difficult times. 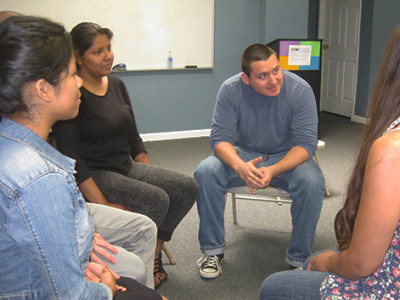 For those who complete all these stages successfully, they haven’t yet recovered, because recovery doesn’t end with rehab. It is a lifelong process and needs utmost dedication and effort. While there are countless individuals who have benefited from rehab, there are still a staggering number who are trapped and their silent pleas for help go unheard every day. Among those who are recovering, it is vital to prevent them from falling back into the trap by providing them with a secure and sober environment.

Drug addiction is a demon pulling down mankind inch by inch towards destruction. It is important for each one of us to recognize this problem and help those in need in whatever way we can.  The potential danger hidden in drug usage must be incorporated as a learning in the educational curriculum from an early stage. In Mexico, children as young as 4 are consuming drugs and this scenario is an absolute nightmare for a progressive society. However, with relentless corrective measures, one can hope to abolish atleast a portion of this evil one step at a time. A mighty ocean is made of tiny drops and every tiny effort can go a long way towards making this world drug-free. All one needs is a little compassion towards the ones willing to change. Stricter laws need to be enforced and the masterminds need to be put behind bars instead of the low level distributors. After all, cutting the branches of a diseased tree is never going to help anybody. Another branch will replace the old one in no time. But uprooting it will destroy the very foundation of its existence. Don’t you agree with me?